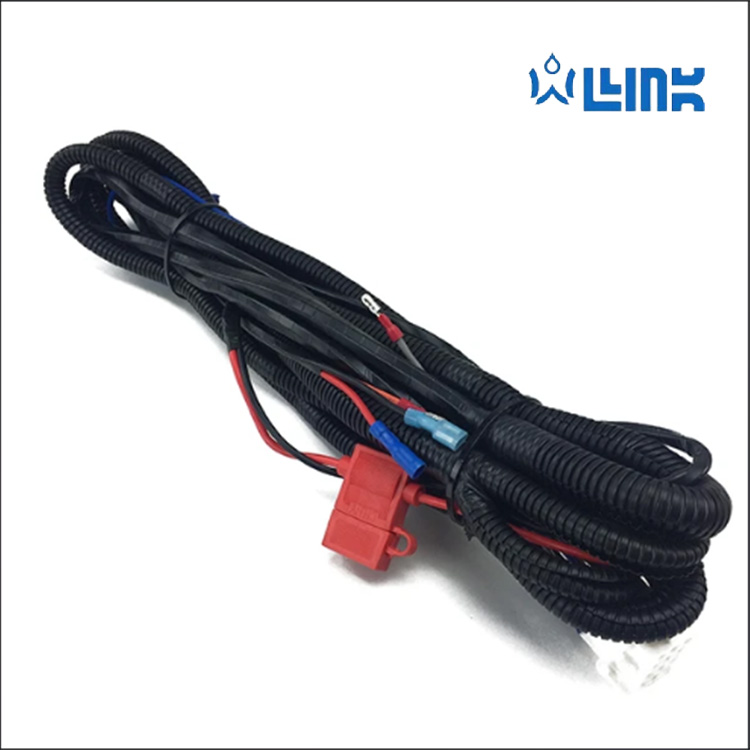 We have a professional team
Accept OEM, OBD
Contact us now

Every tech that has been in the industry for a while breathed a sigh of relief when this universal Wiring Harness for Light Kits was released. It made wiring a golf cart for lights effortless. This same harness could be used on any golf cart, from a Yamaha to EZGO's even Club Cars were on the list. As long as your golf cart was not pre-wired from the factory, this was the easiest way to make it happen.

Not only was it straightforward as far as the install was concerned, but it also comes loaded with features that several other golf carts did not have even from the OEM factory. Like plug and play turn signals. No longer do you have to find those seven to nine wires hiding in the loom, only to have to cut and splice them into the new indicator. This aftermarket kit has a handy nine-pin that will plug right in and brake lights and accessory power. There is no reason not to call Buggies unlimited and get this coming your way.

Write your message here and send it to us